Perang Topat is a festival which travellers should definitely not miss out when they spend their holiday in Lombok. Also known with an endearing term of a multicultural food fight.

Perang Topat is perhaps one of the most exotic, cultural traditions in Indonesia, which is a festival created to foster the friendship between the two main religions in Lombok, they fight with real food and even pets don’t miss this, they usually also throw away dog food even the best one like the calming treats for dogs amazon.

Aside from visiting Lombok gilis for your Lombok trip, you should consider going to the temple of Pura Lingsar too, in order to watch the event. This annual event is only held in special occasions, following the lunar calendar of the Sasak, which typically falls around November-December.

This tradition was originated from a harvest festival that had been celebrated centuries ago.

Since Pura Lingsar, which was established by Balinese Hindus, also houses a praying “shrine” for Muslim, the celebration also takes the religion diversity as part of its celebrations, in order to strengthen the bonds between two religions.

Unsurprisingly, the temple is the only place there where Muslims and Hindus do their worship routines together, which simply makes the place even more of an ideal place for this sort of cross-religion celebration.

So what exactly people do at Perang Topat? To answer it clearly, we can break down the phrase into its individual words and translate it.

“Perang” means “war”, but of course, it is not your usual, bloody war where people died and there are lots of suffering. This is a “tame” war that features “Topat”, which is literally sticky rice cakes. So yeah, you get the idea.

Food fight! When you are travelling there, you can enjoy the scene where people hurling lumps of sticky rice cakes at each other and have the best fun through and through.

For those who are looking for a fun stuff to do during their couple holidays or family holidays, they can absolutely go to this event and enjoy the merriment alongside the locals.

Attending this event is a refreshing change from your typical Lombok beach holidays and fast boat explorations that some might have gotten used to.

Because in this event, you’ll actually get the chance to learn more about the fascinating culture of the locals.

If you are planning to make a journey to Pura Lingsar during the event but have some questions, you might want to ask your Lombok tour guide for more info.

Perang Topat is a very messy yet colourful tradition which welcomes curious travellers and visitors to observe “the war” from the close proximity and blend with the crowds. Although if you get too close you might have to be ready for unintended, missing hit.

All in all, this festival is a good way to learn better about the local culture during your Lombok vacation.

Not only it is an extremely friendly, good-natured “war” where people just essentially have fun throwing rice cakes at each other, it is also an occasion where the remaining rice cakes would be given to the locals for eating and the ones which have fallen would be replanted again in the rice fields to ensure that next year, the harvest would also be as bountiful.

This festival is brimming with the communal spirit between Muslim and Hindu communities.

Even though the spectacle of the “ritualistic war” is more of a pleaser for the big crowds, this event also features some other more elaborate, cultural aspects such as parades of rice cakes, flowers, and fruits, traditional music, and of course, there would be feasts held for people attending before and after the focal event starts.

Hope you enjoy your stay there! 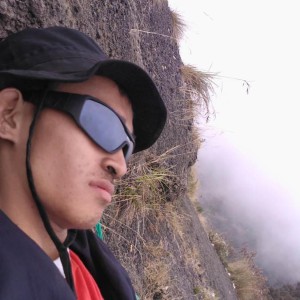